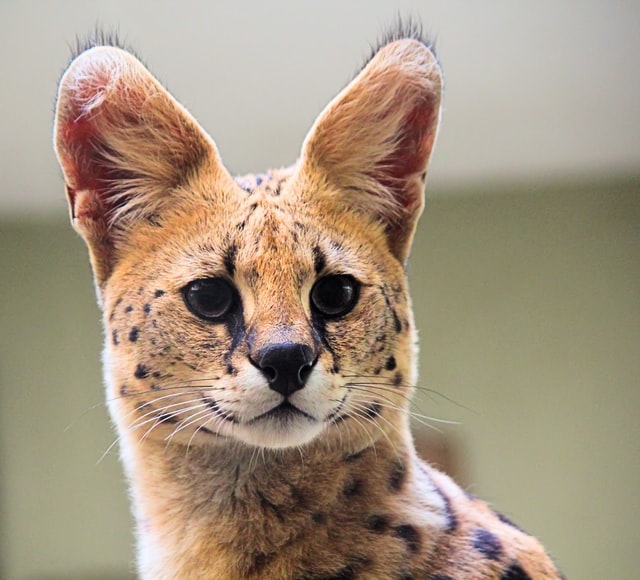 Safari cat; is it a popular pet? History of the origin of the cat safari, the appearance standard of the animal, the nature and health of the pet, how to care for and maintain it at home, and the price of a kitten. The safari cat is one of the most unique species in the cat world. This animal combines in harmony with the primordial uniqueness of wild predators and a tendency, characterized by the sociability and friendliness inherent in pets. If you want to have such an unusual cat, which is characterized by the color of wild cats and the affection of a gentle pet, then this breed is just for you. There are indications that of all the hybrid breeds, this one is characterized by a special kindness and love, and abundance.

History of the origin of cats of the safari breed

This hybrid cat was created as a result of a robot by crossing the common garden Murka and the South -American species of wild cat Geoffroy (Leopardus geoffroyi or Oncifelis geoffroyi). The first pets, obtained by selection in the 1970s in the United States (Washington State), were used to study such a terrible diseases as leukemia (blood cancer). This is because research has shown that feral cats are not subject to this dreaded feline disease (Feline Leukemia), which is how they differ from pets. All breeding processes were carried out in collaboration with those breeders who were engaged in the development of hybrids of the domestic cat, which has peculiar spots that are inherent in the color of the leopard.

But there was a problem that domestic cats and Geoffroy’s cats had different chromosomes (36 and 38, respectively). The first generation of such animals (F1 hybrids) differed in 37 chromosomes and contained 50:50 percent blood from the domestic cat and Geoffroy individuals, and the second generation (F2 hybrids) could have both 37 and 38 chromosomes. But males did not seem to be able to produce offspring, so the female of this hybrid could only be crossed with domestic cats. Usually in the role of such a representative of the cat were varieties of American shorthair or Siamese, but sometimes other lines came to the aid of Bengal cats.

From the very beginning, the activity of breeding semi-wild hybrids was stopped due to difficulties with the inability to reproduce. However, as the Bengal cat breed prospered, interest in hybrids began to reappear. Mating between domestic cats and feral cats almost never ended successfully, although initial attempts were made to do so, feral cats always killed pets. Therefore, it became clear that it is necessary to breed such animals together almost from the “young claws”. However, even with such a trick, it was unrealistic to get healthy kittens.

To name the exotic species, it was proposed to use the word “Criollo”, translated as “half-breed”, as the wild horses of South America used to be called. And also “Appaloosa” (Appaloosa, as the horses in the foreground were called), where the coat of the cat had a spotted color. But everyone came to the conclusion that these two names were too associated with horses, not cats, and it was decided to use the term “safari”, which means hunting wild cats in Africa.

Because in some lines there was a pairing of Geoffroy cats with Bengal cats, some experts in cat medicine began to claim that safari cats are almost identical to Bengals. But most experts distinguish a Safari cat in a special form. Although outwardly, the two breeds differ little, despite all the efforts of breeders who tried to ensure that the new breed was similar to both pets and the wild. Consistency is found only in the area of ​​coat color.

If we talk about juvenile cat breeds, then their number has become such that it is possible to breed animals within a variety without participating in other species of felines. Safari cats today are not recognized by any veterinary institution in the world and they have the status of experimental in TICA, but representatives of this species, due to their extravagant appearance, remain popular.

In 1980, California growers produced a starter of the standard for the safari variety, and at the same time, they were listed in the TICA experimental section.

The size of these animals depends directly on the relationship between the representatives of the species Geoffroy, the same applies to the temperament of the pet. If it is particularly large, its weight can reach 17 kg. The female of the first generation usually grows up to 8 kg on average and the male 14 kg.

All breeders of this breed note that their pets have borrowed from their wild ancestors.

Cat-like features of the Safari Museum

Despite the fact that this species is a hybrid, it does not resemble similar species in nature. Owners of safari cats emphasize that even in the first generation, the animals are very affectionate. They get along well with people, especially children, and other pets, only if they are not rodents and birds. The nature of these representatives of cats is inconspicuous and they do not require additional attention to their person, although they do not mind hugging and sitting on your lap.

Despite the fact that this animal is a hybrid and many similar species have health problems, safari cats are distinguished by endurance and are not subject to genetic or hereditary defects. However, it is clear that experts cannot give any 100% guarantee. But an important factor is a properly composed diet, especially when the pet is actively growing. Many breeders insist that problems only arise when the products the animal eats do not meet the correct quality.

It is also important not to forget about regular vaccinations and deworming. In the latter case, the drugs Drontal-plus or Cestal have proven themselves well on the market. But remember that you must follow the manufacturer’s instructions fully. As these animals have to spend a lot of time outdoors, it is important to protect them from external parasites. In this case, medicines that drip on the pet’s mane (for example Stronghold) and a collar from the Hartz manufacturer can be used as a preventative treatment.

Although this animal looks like a predator, it is quite unpretentious in storage.

Since the coat of safari cats is not too long, they do not need special care. It is recommended that you clean your pet regularly so that short hair does not cover all surfaces of the house. It is clear that it is better to spend some time on this every day, with a soft brush, but the teeth do not harm the animal’s skin. This is especially true in the spring and fall seasons when intensive composting begins.

If a cat walks on the street, you must bathe it more often than its companions who do not go outside the premises. But in the latter case, you have to bathe if the pet is too dirty. Normally, the coat is shampooed every three months. There are dry and liquid shampoos or sprays on the market, depending on your preferences. If you use a liquid consistency, then the cat’s hair must be shaved and the mixture diluted with water. Do not immediately pour shampoo on the cat, as it can dry out the skin and the animal will start to itch.

Liquid shampoo can be 8 in 1 “Perfect Coat”, which has proven itself among cat lovers. When dry shampoo is used, the preparation is poured over the fur, and then carefully with the help of a comb, remove the remnants of the product. But there are funds that do not require such a withdrawal. It is advisable to use dry shampoo to clean wool – “Trixie Trocken Shampoo”, produced by the German company TRIXIE Heimtierbedarf GmbH & Co KG.

But it is worth mentioning that safari cats love water very much, they splash with pleasure in the shower jets and can simply watch the water slide for a long time. You should not deprive them of the pleasure of bathing and using dry cleaning products unless your pet is very fond of water.

Never use man-made shampoos to bathe your cat. The acidity of animal and human skin varies, and violation of this rule can lead to skin diseases of the animal. After washing the product, the cat needs to be dried: you can use a towel or a hair dryer, but in the latter case, the animal may become frightened and the drying process will be difficult. Protect your pet from cold winds and draft until the coat is completely dry.

The ears and the eyes

It is also easy to take care of these parts of the body. It will be enough to wipe with a damp cloth or cotton swab only once a week. But to clean your ears, you can use a cotton swab with restraint (they will not harm the ear of the safari cat), as well as moisten the cotton swab with special cleansers, such as AVZ Bars or pet lotions (it contains aloe and lanolin).

It is better to wipe the eyes with people or specialized means. The first can be a decoction of chamomile or strong tea leaves, from artificial lotions.

Since the safari cat is large in size, it is clear that it needs movement and movement. Its size does not allow keeping such an animal in a city apartment and it would be better for it to have a private house in the countryside with a large plot or bird equipment that is designed for hiking, where there is enough space for mobility. For the owners of this exotic residence in apartments, you often have to go for walks with them and take them on a leash.

This should be considered before buying an animal, as outdoor games for cat safaris are very important, as is the case with dogs. If the owner ignores such advice, this will sooner or later lead to the destructive behavior of the pet and he will become nervous and spoil things.

Since the ancestors of safari cats were wild predators, the animal will guard its territory zealously, and if a neighbor’s cat or an uninvited guest accidentally strays into it, it will always be seen as an enemy.

When you live in a private house, when a cat walks on the ground, its claws will be partially worn, but the issue of them is not completely resolved and it is even better to have claws in the house and use claws. The latter device can only be used if the owner is confident that he can take care of the operation and will not harm the animal. Otherwise, it is better to go to the vet.

Since safari cats are born hunters, keeping them is maintaining a proper diet. Here it is important that the animal receives a sufficient amount of meat products, including low-fat meat and sea fish, which will amount to up to 70% of the total diet.

Dry food is not used for this pet and it is also not recommended to offer it milk, although you can vary the food by offering cottage cheese or yogurt. But water should always be available in public.

As the breeding process of such pets is quite complicated, it is difficult to acquire a safari species. Even in their homeland, America, there are very few breeding grounds. Due to the rarity of this variety, it ranks second in terms of cost.