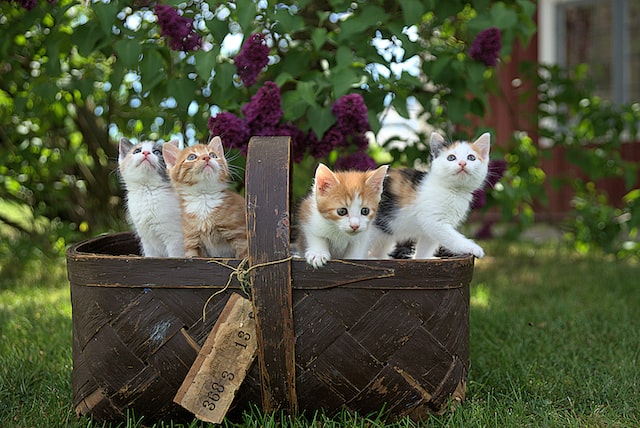 Cats; where did they come from? In this informative article, you will find out where cats came and appeared and the psychology of their behavior. What does each cat gesture mean? The cat, which lives in almost every home, belongs to the mammal and cat family. The species that exist today and became extinct a very long time ago include only thirty-seven species of cats.

Scientists – zoologists refer to the first ancestor of all cats known to the world as the Libyan cat or, as it is also called, the wild Nubian cat. This kitten has lived to this day. It lives mainly in Africa and the territory from China to the Mediterranean Sea. The Libyan wildcat settles in the mountains, near watercourses, in the foothills, and can sometimes settle near inhabited areas. It feeds mainly on rodents and birds. If you meet such a cat, it will appear that it is a domestic cat, only skinny. The Libyan wildcat, even as an adult, is easy to tame.

According to ancient records, we can see that the cat was domesticated much later than the dog. But until now, the reason why the older man domesticated the cat is still a mystery since ancient people domesticated the animals that could eat or help them capture other animals.

If we turn to the first official source, the cat was first domesticated in ancient Egypt, about 5,000 years ago. Such data Herodotus provides us. There is a version that in ancient Egypt, cats were used as excellent hunters for various rodents. And in those days, Egypt was famous for its grain stores, and there were plenty of rodents. There is also evidence that trained a cat in ancient Egypt caught birds. It shows a figure found in an ancient burial where a hunter and a cat pouncing on a bird are visible.

After ancient Egypt, the already domesticated cat spread to other countries. In Plutarch’s manuscripts, the first evidence of a cat’s appearance in Europe dates back to the first century AD. Around the same time, the cat appeared on the territory of Ancient Russia. And only in the seventh century did the cat take the place of honor as the family’s guardian. Archaeological evidence suggests that the cat came to us, as well as Europe, from the south.

With the advent of the 20th century, scientists – zoologists began to breed various cats. Now all over the world, there are four hundred types and different colors of cats. New breeds are bred annually.

Scientists – zoologists, French University of Lyon, counted four hundred million cats worldwide. The most significant number of cats live in the United States. On the continent of Australia, there are nine cats for every ten people. More than thirty million cats live in Indonesia, and eight million live in France. These animals are known worldwide, but the cat is considered an unusual animal in Gabon and Peru, where it is almost impossible to find.

In the Indian Ocean, there is a small island called Frajos; only cats live on this island. At the end of the 19th century (1890), a ship ran aground on the shores of this island, some of the fishermen who had reached the shore hoped for rescue, which never came, but the cats all survived and bred. Thus, over 1000 cats live on the island. Modern cats are not much different from their distant ancestors; they also have a proud, independent character and the same habits and instincts; only one thing distinguishes them, they have adapted to the comforts of home. Cats are excellent cleaners, so the cat’s litter box must always be clean and fresh. If your spinster is doing her business in the wrong place, guard her toilet, so she’ll let you know she’s unhappy with your attitude towards her. The cat is washed not only because he likes to be clean,

Cats cannot be vegetarians. Many cats are even better at detecting environmental odors than dogs. During the First World War, a cat unit was organized in the British Army to detect poisonous gases.

Before eating, cats have a habit of sniffing the snack offered to them for a long time; this is done to determine the temperature of a particular food.

Cats should sleep eighteen hours a day. They are easy to train, but only if she fully believes in the person working with her (for more information, read the article – “Cat Training”). If the animal feels tense, it cannot respond to the commands. She responds well to sounds and sounds.

Cat psychology and behavior: what each habit means

The cat can learn and memorize about fifty human words and respond precisely to these words. Fur animals cannot speak, but at the same time, they express their feelings through their behavior. If the cat’s ears are straight, the kitten is interested in something. Still, if the ears are slightly tilted back, the kitten warns against annoying her. The kitten is ready to fight if the ears are pressed against the head. Dilated pupils can indicate that your pet is afraid of something. When your kitty strokes you with her paw, it means that she is very attached to you; if she scratches with her claws, it demands your attention. Willingness to attack and to be in a great rage is seen with a bent back. If the cat’s tail twitches, this indicates anger; if the tail is lowered – fatigue, and if it is reduced to the bottom – disgust or disappointment. If the cat is furious, it will start growling and hissing. If the kitty cleans, she is entirely content and calm, but the purring speaks of the opposite situation. When a cat meows, it is either greeting or asking for something. In this way of communication, cats are peculiar, only to humans. Cats love clean, fresh air and hate closed doors.

If you have such a delicate and beautiful animal as a cat at home, pay attention to it more often. You will receive sincere, devoted, and purebred love and respect.